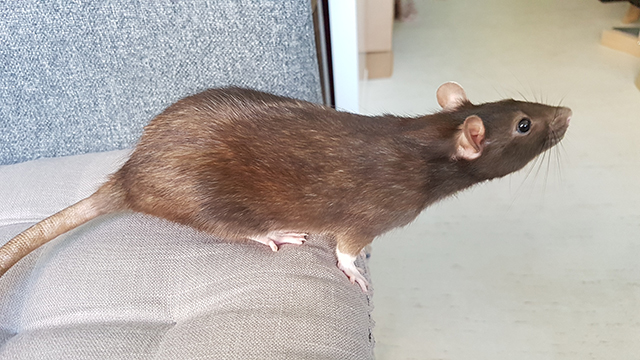 Adferd mot rotter:
Kiki lives with her sister and hasn't met any other rats since she moved here at 6 weeks old. They get along well; sleeping together and grooming each other before bed. Kiki is generally more interested in exploring than playing with her sister. She usually wins their play fights.

Adferd mot mennesker:
Kiki loves to meet new people but they don't hold her attention for very long. She will groom them a bit and then run off to explore. She enjoys a little hand wrestling but after getting riled up she just wants to run and climb. When she is sleepy or in a particularly loving mood she will spend more time with us. Her favorite spots to groom are fingers and foreheads.

Annet:
Kiki is very confident and independent! She doesn't mind being out in the open. We call her our "jungle rat" when she gets wild! She loves to climb, is very nimble, and makes impressive jumps to get to places she's not allowed (like the coats in the hallway.) If Kiki falls off something it is often because Lulu knocked them both down by trying to climb after or over her. She's very food motivated and likes to do trick training. If we are standing in the kitchen she will climb our legs to lick our fingers, knowing that our hands will be wet or covered in some tasty food smell. Her chocolatey coat has started to "rust" recently. 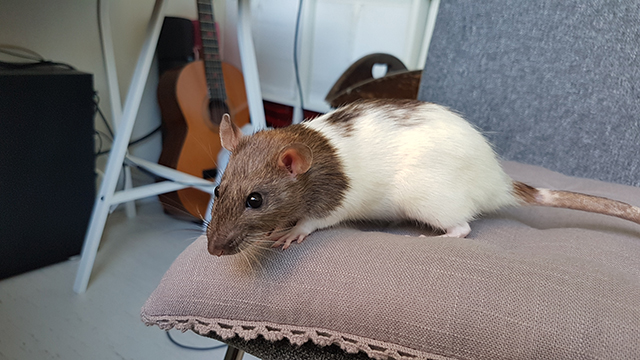 Adferd mot rotter:
Lulu lives with her sister and hasn't met any other rats since she moved here at 6 weeks old. They get along well; sleeping together and grooming each other before bed. Lulu will follow her more confident sister around and is usually the one who starts play fights.

Adferd mot mennesker:
Lulu loves to socialize and isn't afraid of new people. She spends a lot of her time sitting in laps and on shoulders. She likes to be held lying on her back while she holds your nose in her hands and grooms you.

Annet:
Lulu is less confident than her sister and prefers to have somewhere to hide or a person to sit next to/on. When she is exploring she will often check in on us and give kisses before returning to what she was doing. We call her our little "princess" because she exudes a sense of entitlement. She tires quickly of trick training and will run over if she sees her sister getting attention. Despite being less outgoing she's actually the more troublesome sister; pointedly avoiding the houseplants while you are watching, then digging them up as soon as you turn around. Both of the girls love to crawl around inside our jacket sleeves but Lulu will spend more time there. 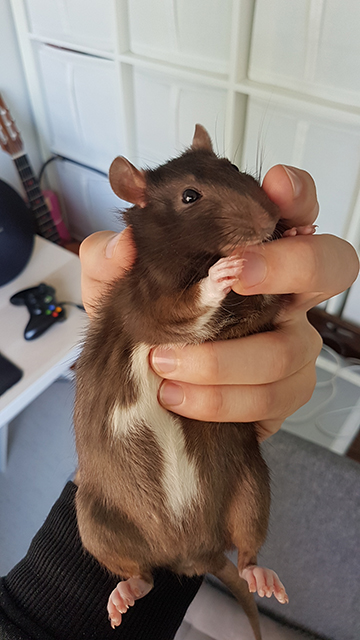 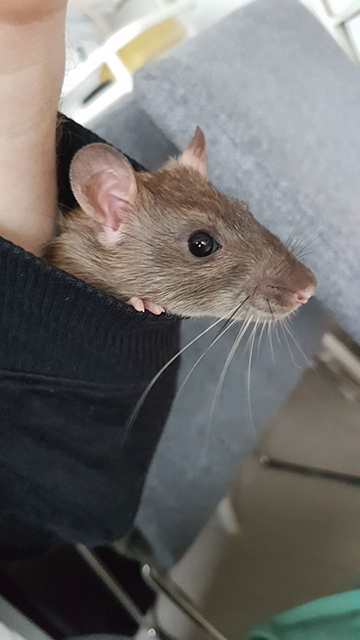 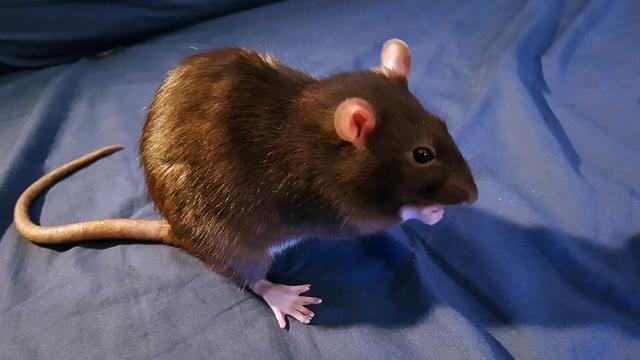 Adferd mot rotter: Kiki is still very independent and enjoys exploring more than socializing. We introduced two new babies (six weeks old) February 1st, 2020. She was excited to meet them initially but then avoided them. When they were forced to spend time together in a smaller space she quickly accepted them.

Adferd mot mennesker: Right after she turned 6 months, Kiki suddenly became much more social. She's still independent but now she's also crazy about grooming us and much more tolerant of being stroked (though she is still not a big fan.) 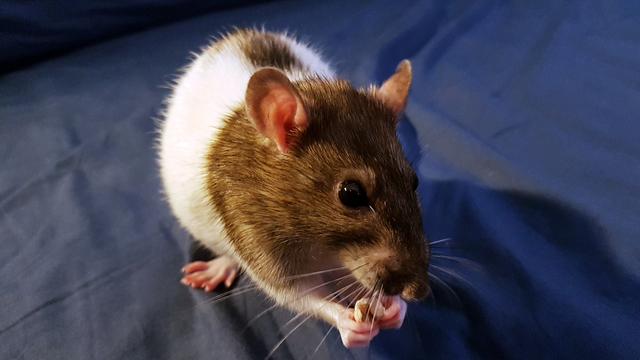 Adferd mot rotter: Lulu is happy to have two new "nieces" to socialize with. When they get too intense for her she will run away, but she always comes back. Intros with the babies went quickly for her, although they don't seem to agree yet on who the boss is (Lulu was the dominant rat previously).

Adferd mot mennesker: Lulu has become a little more laid-back, sitting with us for longer and letting us stroke her. She's very cozy. 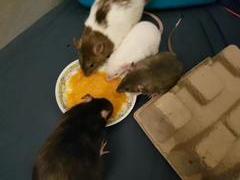 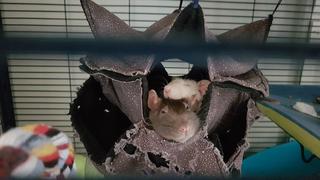 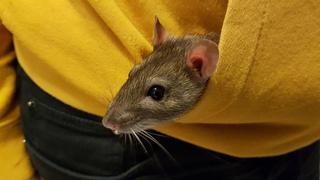 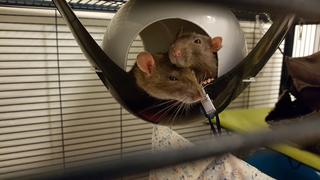