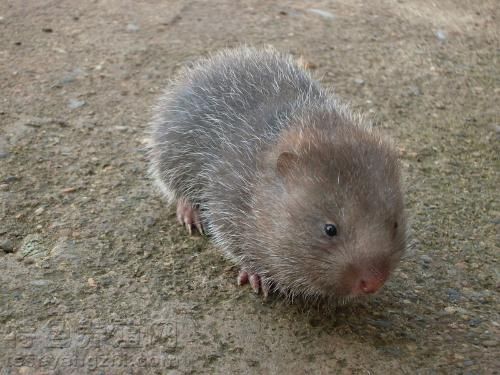 Chinchilla Tree Rat (Cuscomys ashaninka). Found in Cordillera de Vilcabamba, Peruvian Andes, southeast Peru, in 1997. The chinchilla tree rat was discovered in the Vilcabamba mountain range, very close to the world famous ruins of Macchu Picchu. It is unusual to discover a species of this size (similar to that of a domestic cat). It is pale grey in colour, possesses a stocky build, has large claws, and is characterised by a white stripe along its head. It is thought to be related to the chinchilla rats which are known to have been buried alongside the Incan people in their tombs. The fact that this is a new genus (ie a group of individuals that have similar characteristics) made the discovery even more exciting, as it suggests there could be many more similar species just waiting to be uncovered.
A life is a life no matter how small

A life is a life no matter how small